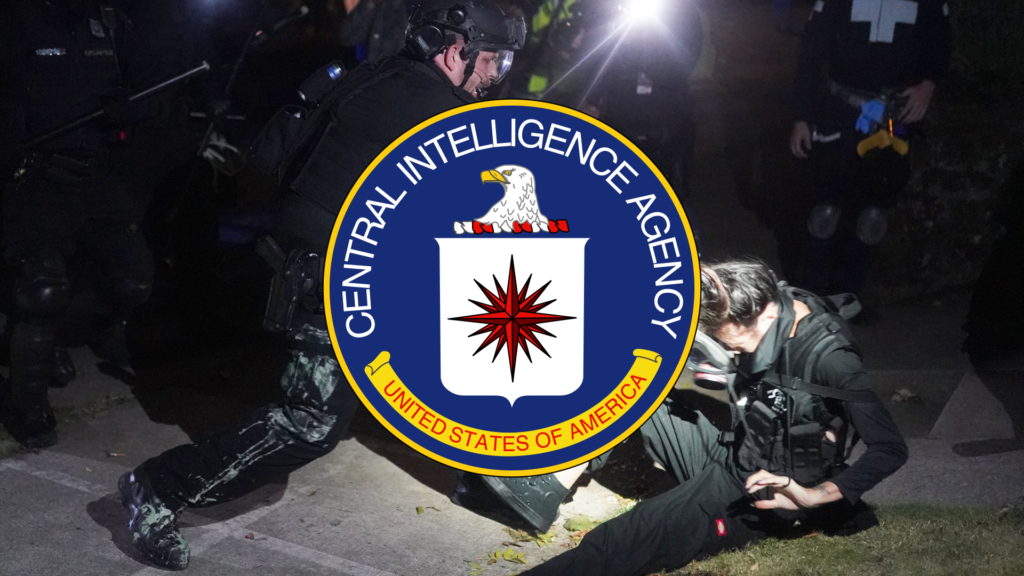 On May 25, 2020, George Floyd was murdered by police officers in broad daylight over an alleged fake $20 bill. The video of the incident was shared on social media, went viral, and has lead to non-stop protests in many parts of the USA.

Portland, Oregon has been the target of left wing, anti-fascist protesters and rioters since the video surfaced online. The Department of Homeland Security eventually had to be called in to deal with the carnage caused.

Demonstrators hurled bottles and rocks at officers and pointed lasers at them, damaging police cars and causing minor injuries for several officers.

Sources close to the scene, and some within the government, say that the left-wing protesters have been infiltrated by the Central Intelligence Agency (CIA). The CIA wanted to incite mayhem, and give the Federal Police a reason to use force.

This is not the first time the CIA has been accused of infiltrating left-wing protesters to give Police a reason to use violence.

According to OBP.org, Louis Garrick Fernbaugh - a former Navy SEAL - made a post on LinkedIn during the height of federal policing on Portland streets where he boasted he had ‚Äúinfiltrated Antifa‚Äù. This allegedly happened during the previous nights of protests. He offered to help other people opposed to the protests do the same.

The CIA has been accused by multiple people and governments of inciting riots. Police in Iran arrested 8 people in November 2019 they suspected of inciting riots and having links to the CIA.

The unrest in Portland continues.

*Disclaimer: This article has been labelled as a Conspiracy File,
and does not necessarily reflect the views of Toronto Today.