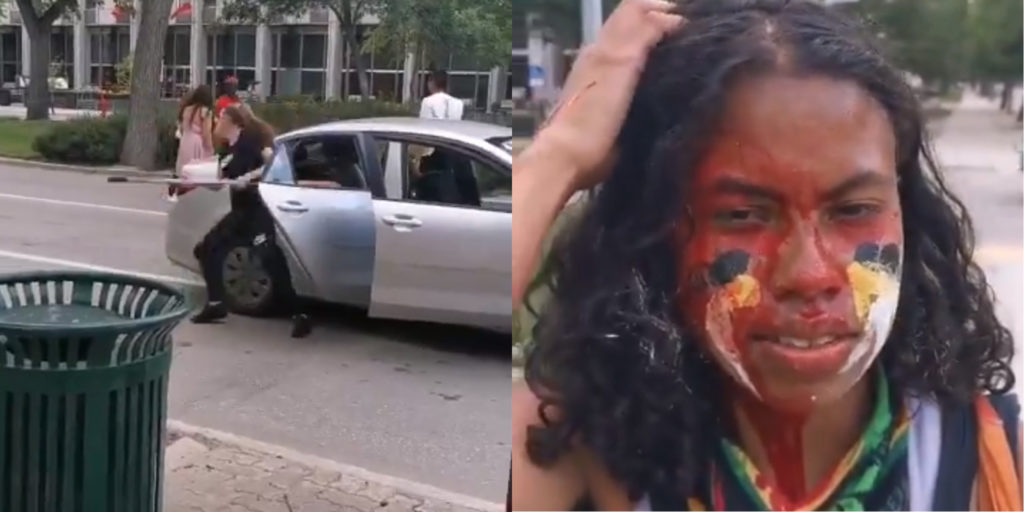 Video posted on Twitter today by user @CookeyyGam shows a violent assault on Black Lives Matter protesters yesterday evening in Winnipeg. Around 7pm yesterday, activists were marching in downtown Winnipeg, when an unknown white girl jumped out of the car and attacked protesters with a hockey stick. Another unnamed person allegedly threw a glass cup at one of the protesters.

@CookeyyGam went on further to describe the assault,

The video isn’t complete so unfortunately, you don’t see the part where the girl in pink throws a glass cup at Theo or where the white girl strikes Judah on the head as she tries to take the stick away from her or where she strikes Theo on the arm

Police have allegedly been called, however, it appears that the mainstream media has not reported on this, yet.

Attacks towards black and Indigenous people appear to be on the rise. With several nooses found in Toronto recently, it seems like hate-based violence is becoming an increasing threat to Canadian society.

This is a developing story, will provide updates as they come.

Have any details about this crime? Send me an email or call the Winnipeg Police.